Forget Hotel California; in some hotels’ former lives, they truly were places you checked in, and couldn’t leave—because they were prisons.

The footprint of a jail, of course, is ideal for a hotel, but it was only in the 1990s when this trend kickstarted, arguably via the Four Seasons in Istanbul. It commandeered the elaborate, neoclassical Sultanahmet Prison which had closed in 1969, and cheekily converting it into an ultra-luxury hotel. More followed, like the aptly named Liberty in Boston, which opened in 2001, and the Oxford site for British boutique chain Malmaison five years later. Its building dates back to the 11th century, and was converted into a prison three hundred years ago. The newest option is also in Britain: the just-opened Bodmin Jail, which  shared images of the extraordinary conversion exclusively stateside with Robb Report.

The four-story, 70-room luxury property was initially built in 1779 during the reign of George III, made famous by the movie about his long term mental illness. The site was a cutting-edge design statement back then, with hot water, and well-ventilated living quarters for the inmates, who ranged from petty criminals to a special section reserved for sailors convicted of crimes. It wasn’t a soft option, though: 55 hangings took place on the gibbets here.

This £50 million (around $71 million), six-year makeover was a mammoth undertaking by London-based firm Twelve Architects, as the property had fallen into ruin after the jail closed in the 1920s. Attempts to demolish it with dynamite had failed, so thick were the walls, but the roof had collapsed and interior features had fallen away. It was up to Matt Cartwright, the lead architect, to reimagine the rubble-strewn site as a luxury hotel. For each suite-style room, he combined three cells; even cutting through the interior walls was difficult. 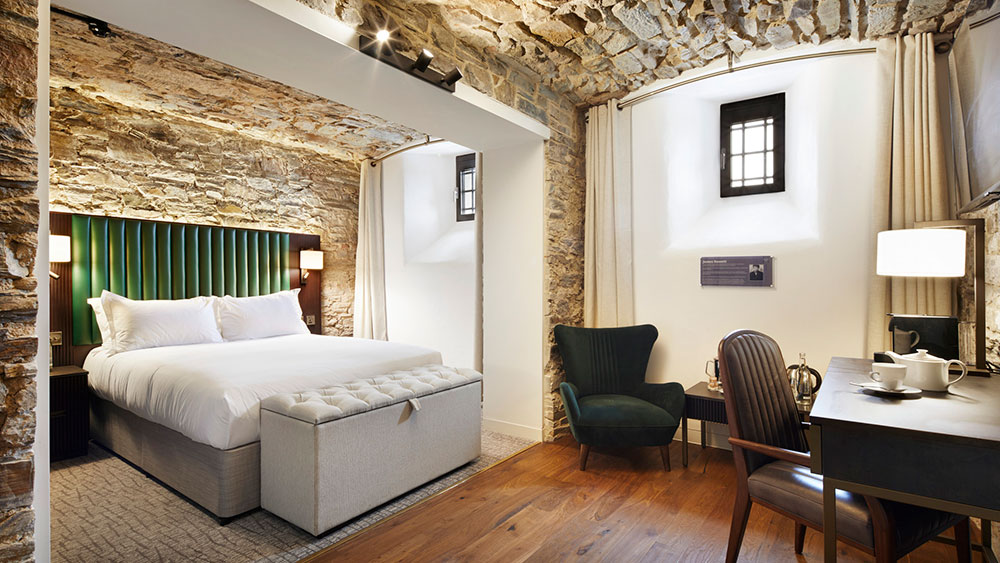 “They’re 60cm [around 24”] thick, and filled with loose rubble, so as soon as you cut a hole in one, the rubble falls out,” he explains, “And there were so many bats, which you couldn’t remove without a permit for certain months of the year, otherwise they might have been mating.”  Cartwright deliberately retained much of the rough-hewn textures of these walls and other historic details during the luxury fit out, keen to evoke their past for voluntary overnighters. Rates for each of these suites start at £200 (around $283) including breakfast; the property is also available on a full buyout basis (POA).

Cartwright turned the onsite chapel into the main bar-restaurant—the upper level, where there’s now a grand piano—was where the wardens and staff used to sit for worship, looking down over their inmates. As for the condemned cell, where those 50 plus prisoners would have spent the last night before their execution and received their last rites? It’s located in the prison’s former office wing, the sole part of the site that had remained in use and so was in superior condition. “It’s the only cell that hasn’t been converted into a bedroom,” he says, mutedly. 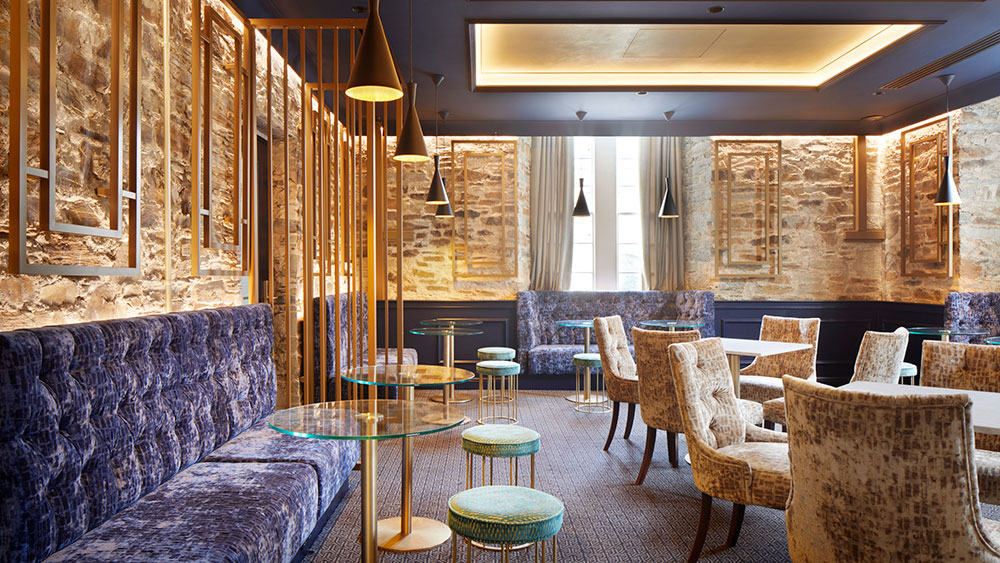 Bodmin Jail hotel is located in one of the most appealing parts of the UK—Cornwall, which defies the maxims about dreary British weather with its reliably sunny days. It’s tony, too, as the Duchy of Cornwall is the official name for the estate from which Prince Charles draws his private income, and is worth around £1 billion (around $1.4 billion). No wonder, then, that Boris Johnson decided to showcase this corner of the UK when his country hosts the G7 summit next month. Perhaps he’ll decide to send a coded message to any world leaders he’d like to chide by booking them a suite here. President Putin, check your itinerary.