Floating 5-star hotels are nothing new. In fact, Qatar is creating 16 such getaways for the 2022 FIFA World Cup alone. But now a novel concept by Hayri Atak Architectural Design Studio (HAADS) is vying to stand out from the rest for all the right reasons.

The floating eco-hotel, which the Turkish firm began designing in March of 2020, adopts the motto of “minimum energy loss and zero waste.” As such, it features the latest in green technology to reduce its carbon footprint and keep eco-conscious travelers happy.

The futuristic design is characterized by its unique ability to spin and produce clean energy just like a giant hydro generator. As per the project specs shared by HAADS, the hotel generates electricity by automatically rotating its position and converting the energy of flowing water into electricity. To achieve this, the structure is equipped with a set of propellers and thrusters below the waterline that are controlled by a sophisticated computer system.

The hotel, which will eventually span more than 376,000 square feet, or roughly 8.6 acres, also sports 55 vertical wind turbines that can generate 25kw of electricity each and double as sun umbrellas for guests. The vortex-shaped roof is not only a striking design feature, it helps to collect rainwater. Other environmentally friendly touches include a system that turns food waste into fertilizer for the gardens and a wastewater treatment setup.

Needless to say, the oceanic hideaway is not short on luxury. The interior has a giant glass atrium at the center, along with 152 guest suites that each come complete with a private balcony. The design plans also show an array lavish amenities, including an infinity pool, a rooftop bar, a beach club and a mini-golf course. 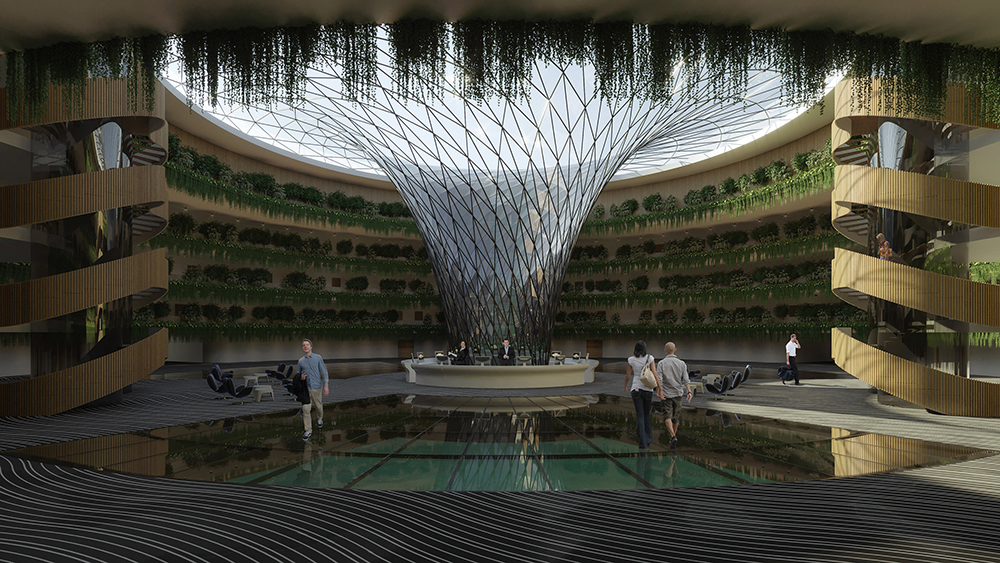 HAADS plans to build the first floating eco-hotel in the peninsular nation of Qatar, but says it could be moved virtually anywhere thanks to its mobile nature. The firm has set an completion date of 2025, a feat nearly as ambitious as the hotel itself.

Check out more photos of the hotel below: 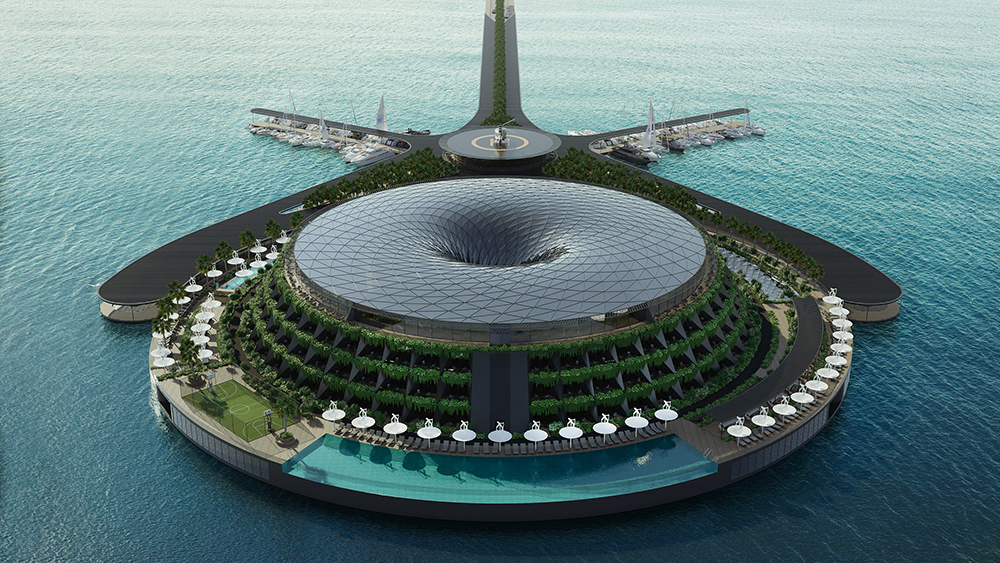 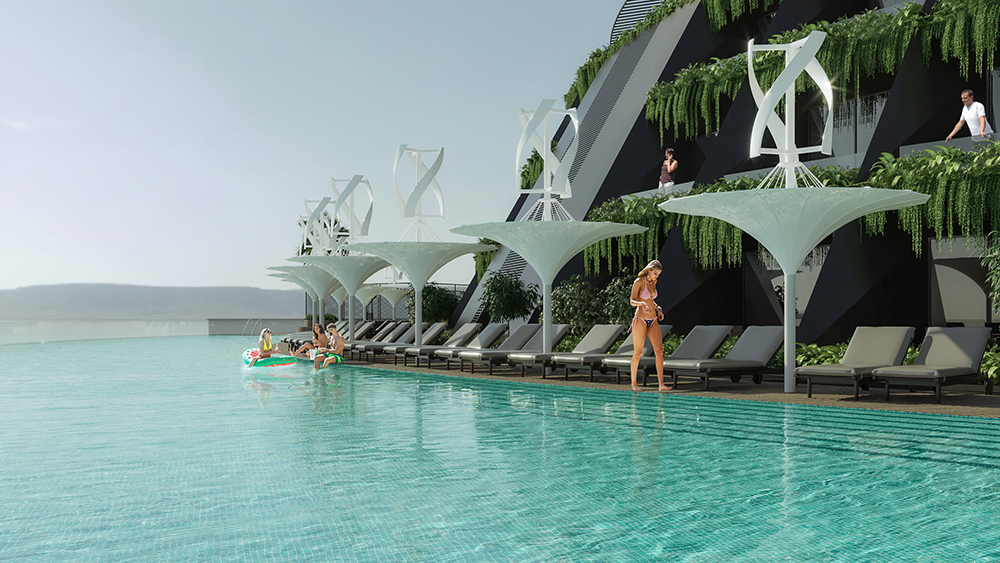 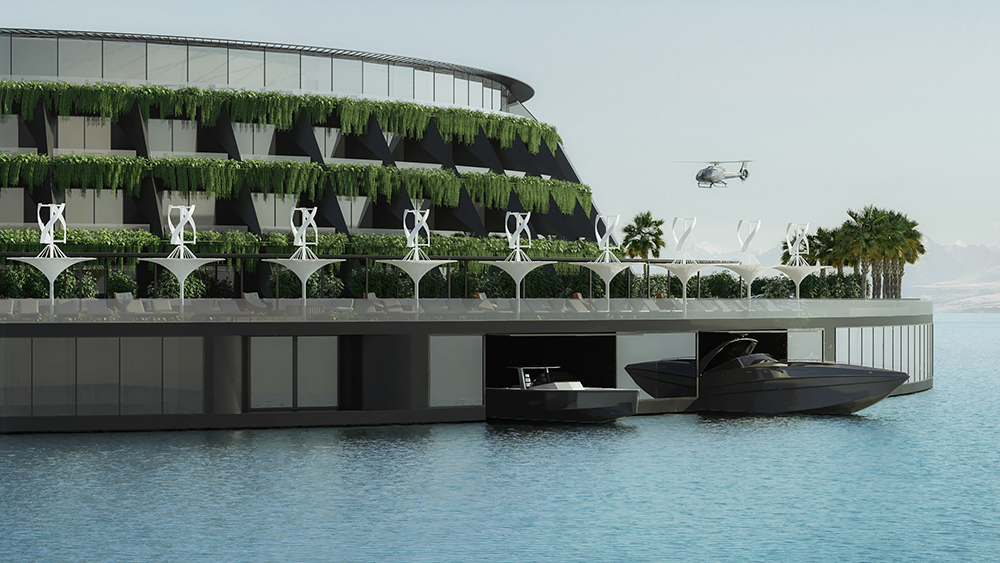 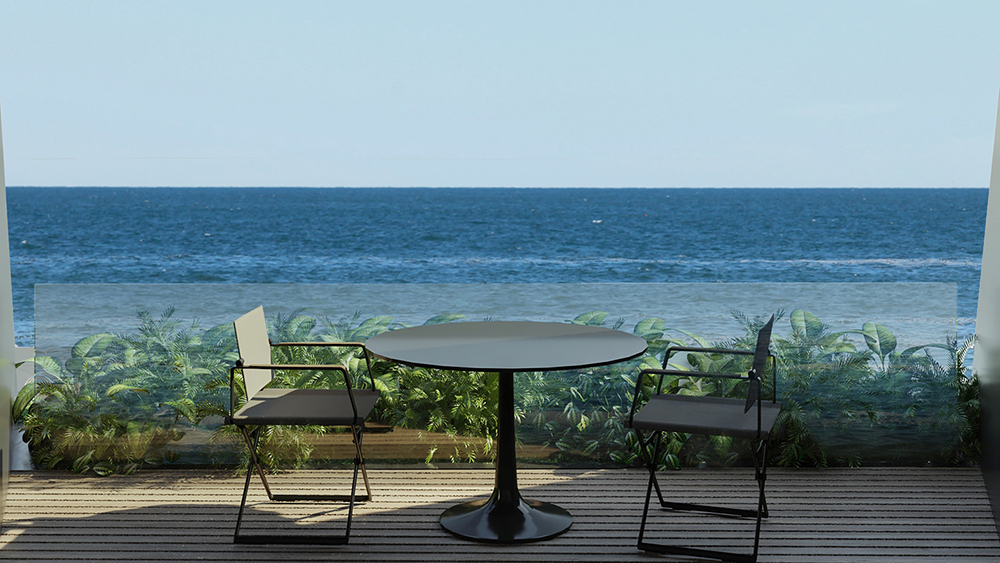 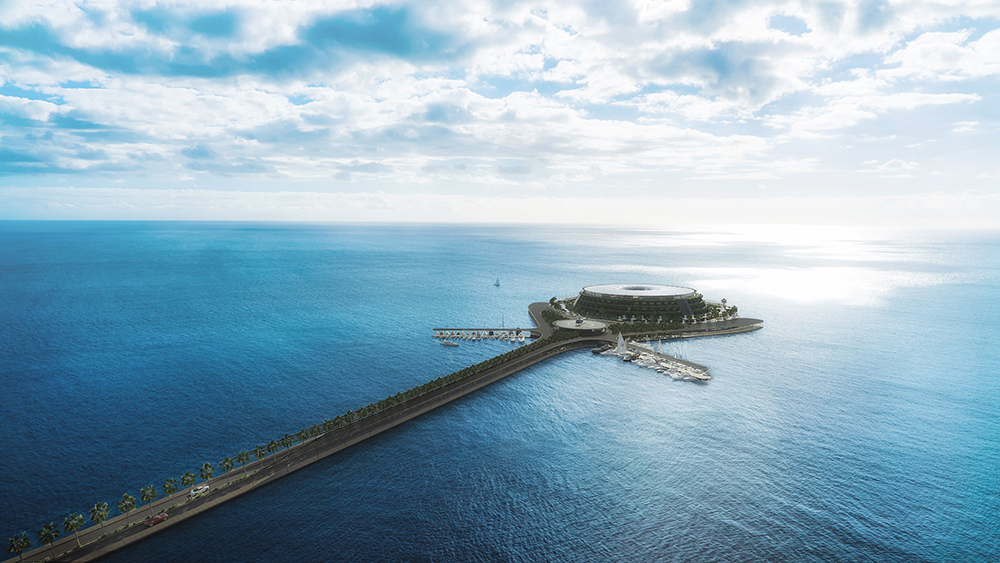 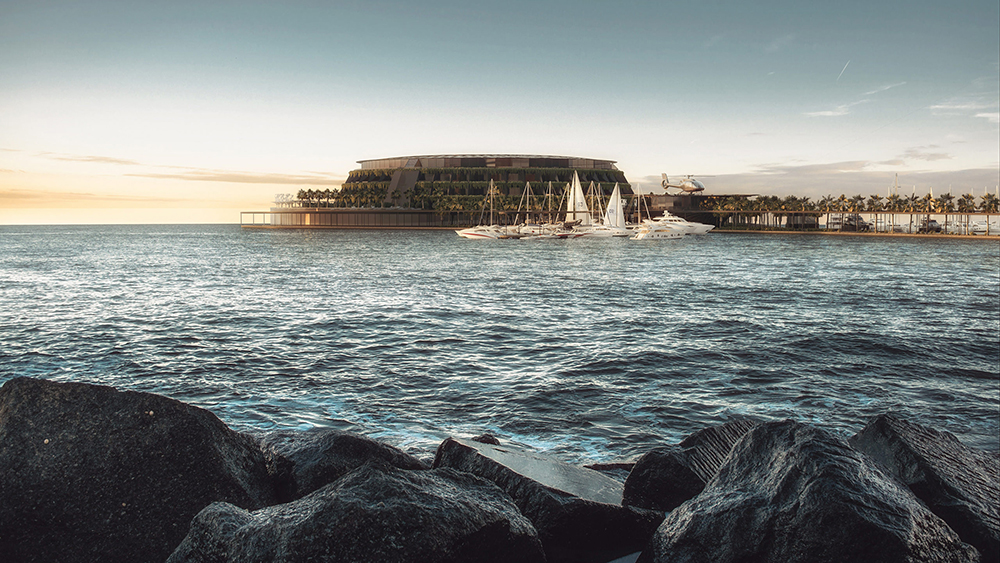 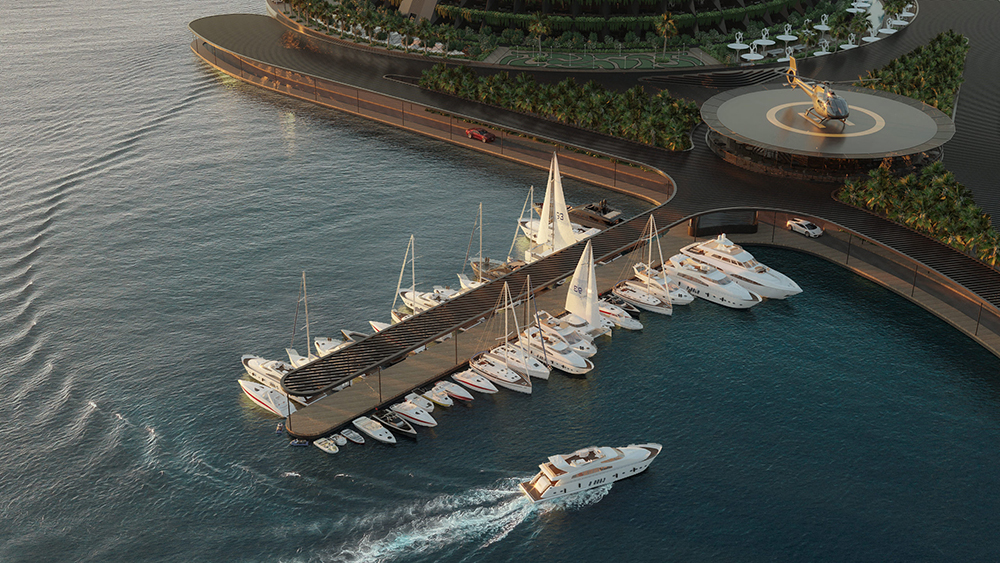