Home » This Bonkers Space Hotel Aims to Open in 2026, and It’ll Take Your Reservation Now

This Bonkers Space Hotel Aims to Open in 2026, and It’ll Take Your Reservation Now

A new hotel wants to make your next vacation out of this world.

Orbital Assembly Corporation has announced plans to begin construction on what could turn out to be the first space hotel in 2026, reports The Washington Post.  Voyager Station, as it’s called, won’t just be a place to stay; it will also include restaurants, a movie theater and a spa.

Based on early renderings, the hotel will look almost like a Ferris wheel floating in orbit, with an outer ring connected to the center hub of the structure by elevators. Though the number of rooms has yet to confirmed, the newspaper reports that the hotel will have room for up to 280 guests, all of whom will be required to undergo some space training, and 112 crew members. The company intends to build the hotel out with all the amenities you’d expect at a luxury property, including restaurants, entertainment options, a gym, spa and shopping. You’ll even be able to take a spacewalk while you’re there. It’s basically a luxe resort that happens to orbit the earth.

Room rates have yet to be sorted out, but space travel doesn’t come cheap. A three-a-half-day trip to the hotel is expected to cost whopping $5 million. Of course, as the Post points out, that’s still dramatically cheaper than the $55 million it costs a private citizen to journey to the International Space Station. 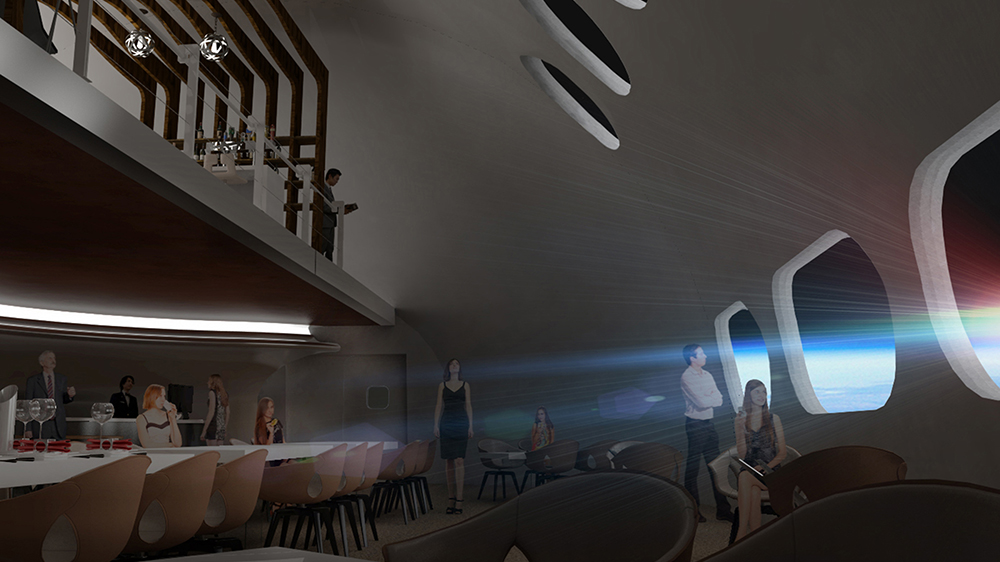 The space construction startup has referred to Voyager Station as the first space hotel, but it remains to be seen whether that will turn out to be the case. There are currently no hotels in space as of right now, and Orbital Assembly faces competition from Axiom Space. In January, Axiom announced plans to begin construction on a $2 billion AxStation in 2026 as well, though the structure isn’t expected to be complete until 2028 at the earliest.

Whether or not Voyager Station does end up being first space hotel, you can reserve yourself a room now. Though actual dates are not yet available—which will likely be the case for a while longer—you can make a reservation through the hotel’s website now.