Earlier this month, Croatia announced that, unlike most other EU-member countries, it would be opening its borders to travelers from the US—making a summer and fall full of gourmet food and wine and sailing on (or lazing by) the Adriatic a possibility for American residents. (As of this writing, there are some travel requirements in place for US travelers, including proof of a negative COVID-19 test within 48-hours of departure; see details here.) Adding to the appeal, luxury-seeking visitors have a new reason to head to the country, too, thanks to the debut of LOPUD-1483, a long-awaited five-star retreat that—with rates starting at approximately $1,640 per night—is now one of the highest-end hotels in Croatia.

Located about seven miles from Dubrovnik, on the car-free island of Lopud, LOPUD-1483 is set in a former 15th-century monastery and 16th-century fortress that were spotted by art collector Francesca Thyssen-Bornemsza on her first visit to Croatia, back in 1992. At that time, Thyssen-Bornemsza was on a mission to rescue artworks imperiled by the war, and she was shown the dilapidated seaside monastery and adjoining fortress by a local friar. Frank Gehry told her she should restore it slowly—which she did, over the next 20-plus years.

Now flanked by lush gardens, the property was renovated under the guidance of Zagreb-based architect Rujana Markovic and Italian designer Paula Lenti, with the latter’s brightly-colored furnishings adorning the interior spaces and five guest suites. While the thick stone walls of the property retain their monastic sobriety, they are now balanced by art and antiques from the Thyssen-Bornemsza family collection, which is considered one of the most notable private art collections in the world. Ranging from ancient wood-carved angels and medieval chalices to modern photography and works by Gerhard Richter and Chris Ofili, the pieces reflect what Thyssen-Bornemsza describes as “the unique dialogue between the Renaissance and the contemporary,” adding that the collection is “the culmination of three generations of collecting and taste.” 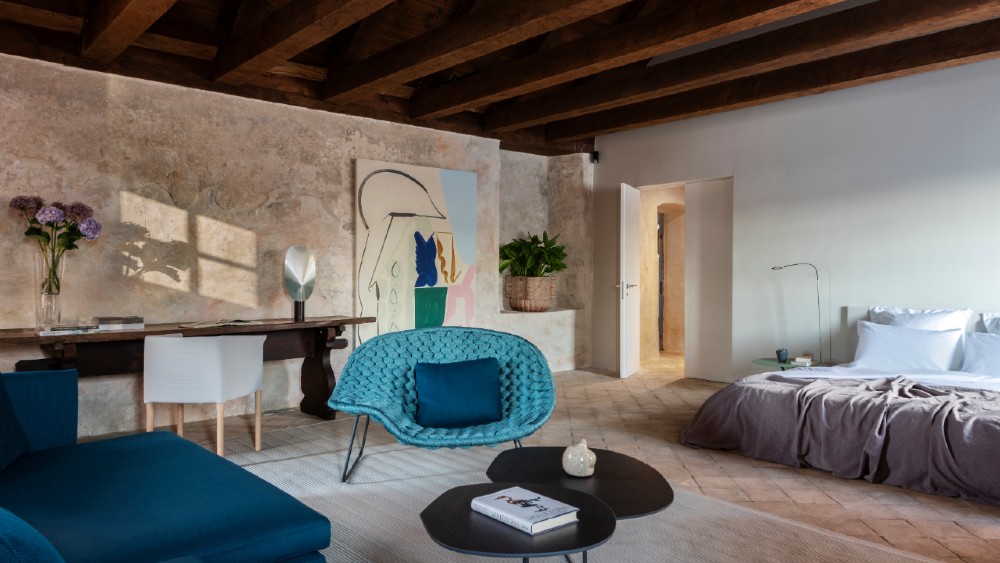 When not admiring those works, guests can enjoy activities like outdoor yoga sessions and personalized wellness programs, tours of the surrounding Renaissance villas and chapels, trips to nearby sandy beaches, open-air family film nights in the fortress or anything else they might want arranged; longer-stay guests will be gifted two complimentary boat trips per week. Instead of creating a designated restaurant for just five suites, the owners have opted to allow the chefs to serve guests whatever they like, wherever they would like it—so that might mean fresh oysters, Dalmatian ham and Croatian wine served atop the fortress wall, or a romantic moonlit dinner presented in the cloisters. 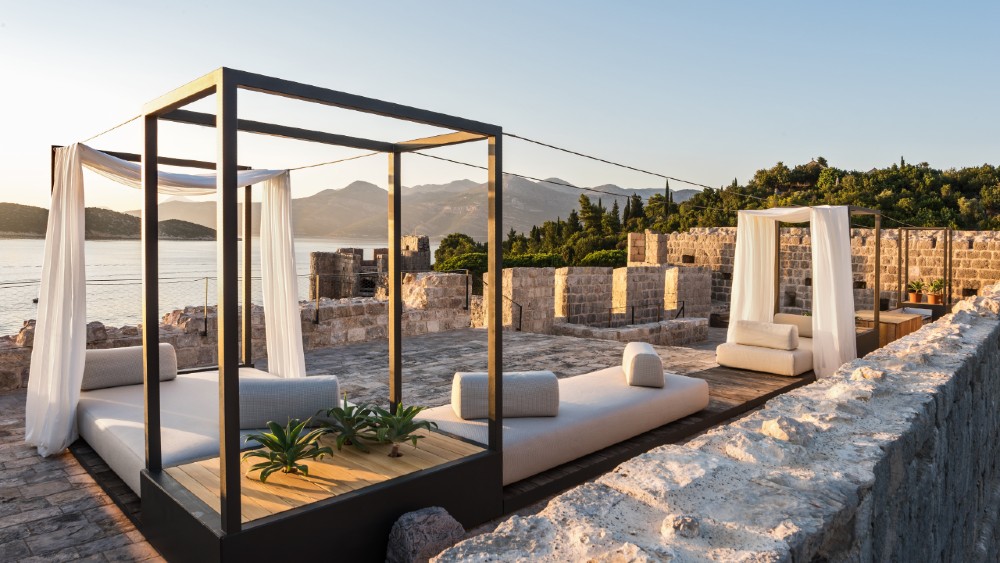 When night falls, retreat to one of the five suites which, though they vary in size, all feature the same level of décor and amenities, plus unique artwork. The master suite, however, stands out for its bathroom: Shielded by a steel door, it’s been designed to also serve as a secure panic room. While a seemingly incongruous addition, this touch may speak to the level of international guest the hotel has been created for—as does the focus on privacy, exclusivity, art and customizable experiences. “There is nothing else like LOPUD-1483, (and) so few places where you can be immersed in such impressive art and history,” property manager Anne Roberts-Nissen tells Robb Report. Also notable, she adds, is the fact that “the areas surrounding Dubrovnik really are hidden treasures waiting to be discovered. They are unspoilt, hospitable and feel like home.” Rates start at €1,400 (approximately $1,640) per night, including breakfast, with a minimum three-night stay. Buy-outs start at €10,000 (approximately $11,724) per night.