Home » All Aboard: 5 Luxury Train Trips That Freshen Up Old-School Travel

All Aboard: 5 Luxury Train Trips That Freshen Up Old-School Travel

The romance of train travel, with its liveried waiters, rolling landscapes and gently rocking, unhurried intimacy, still has no equal in the modern world. And with travelers yearning for the glory days of slow and mindful voyaging (and bearing an aversion to the close quarters of commercial air travel) luxury locomotives are again on the rise, with extravagant options to rent an entire cabin, or even your own train.

The Venice Simplon-Orient-Express is already considered the most opulent train voyage in the world, but there’s more to come in 2021, with three new grand suites—Budapest, Prague and Vienna—planned. Each room comes furnished with a marble-paneled bathroom, double bed, living area and 24-hour steward. A seven-night trip, starting in London and weaving its way through France and Italy before continuing to Vienna, starts at $30,995 per person and includes four nights spent in five-star hotels. The train has stunning old-world decor, world-class cuisine in multiple dining rooms and a glamorous bar car.

Those with a yen for an aged dram or a round of golf can head to London Euston station, where nearly every evening the Caledonian Sleeper departs, winding its way north to Scotland. Once known as an elegantly shabby transport for grouse-hunting English gentry and their dogs, the train has been upgraded with new suites that can sleep two and come with en suite bathroom and an adjoined dining car offering a menu of Scottish delicacies from smoked salmon and Arran cheddar to haggis and black-pudding Skirlie. Step off at the recently refurbished five-star Gleneagles hotel, with its own train station serviced by the locomotive, for a spot of falconry, a horseback ride into the gorse-flecked Highlands and an exceptionally rare Dalmore Constellation 1973.

Or for a vintage Graham Greene vibe, head to Vietnam and prop yourself against the marble bar of the Vietage, a new 12-seat carriage operated by Anantara that connects the hospitality company’s resorts in Hoi An and Quy Nhon. Glide through palm-fringed countryside enjoying craft beer and Wagyu beef with green tea during the six-hour journey; the return trip includes a French-inflected modern Vietnamese three-course meal with free-flowing wine. A one-way ticket costs $185, or book the full carriage for $1,950. 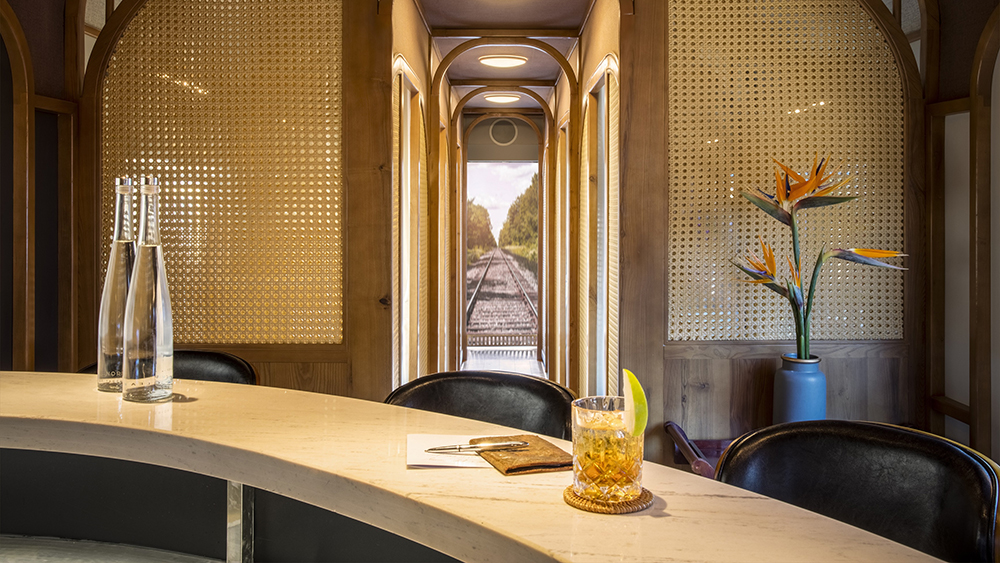 Heralding the arrival of luxury train travel to the US, America’s Trains will launch next year with refitted carriages from the 1930s through the 1960s, with private cars available for booking. The Sunflower double-decker has four accommodations, with the Grande Suite bedroom stretching the width of the car and featuring its own elevator between levels. The first journey will depart in February on the Southern Comfort route, taking passengers from Fort Worth to New Orleans via San Antonio and Houston. Across the border, the epic Canada Coast to Coast Rail Adventure is a 21-day journey traversing the Great Lakes, prairie glaciers and cosmopolitan cities of the country’s vast expanse. Mixing nights in a private cabin with luxury hotel stays, for about $8,900 per person travelers will enjoy the majesty of Banff National Park, Athabasca Glacier and Niagara Falls, along with the sights and culture of Montreal, Toronto, Vancouver and more.